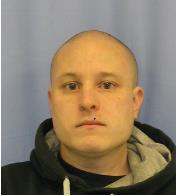 On Sunday, March 22, 2015, at 5:26 p.m., East Precinct Officers Thomas Clark,  a 6-year veteran of the Portland Police Bureau, and Royce Curtiss, a 9-year-veteran, responded to a 9-1-1 call regarding a burglary in process in the area of S.E. 130th Avenue and S.E. Sherman Street. Officers arrived at 5:31 p.m. and found the caller attempting to restrain the suspect, later identified as 36-year-old Christopher Healy.

As the officers approached Healy, he advanced toward them with a double-bladed knife, 9 inches in total length, in a weaving, figure-eight motion. Healy got very close to Officer Clark, who fired two rounds, striking the suspect. Healy remained on his feet so Officer

Curtiss holstered his duty weapon and deployed a Taser. Healy dropped to the ground and an ambulance immediately responded and transported him to a local hospital where he later died.

Detectives learned the incident began as a neighborhood dispute between the occupants of two residences.

The Multnomah County District Attorney’s Office presented the case to a Grand Jury on April 22, 2015, which determined that Officer Clark was justified in the use of deadly physical force.