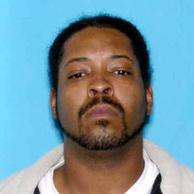 On July 22, 2005, at 7:52 p.m., Officers responded to 8707 SE Division Street (Suns Market), to the reports of a subject being shot. Upon arrival, they found the victim lying in the parking lot in front of the market. The victim, Chauntee Lamont Johnson, was a 28-year-old African-American male, who had died from an apparent gunshot wound.

Witnesses observed Mr. Johnson talking to two African- American males in a vehicle. While in conversation with them, Mr. Johnson started to back away from the vehicle while putting his hands up, and that’s when the passenger shot Mr. Johnson. Witnesses said the vehicle was blue in color, and was thought to be an early 90’s Ford Escort LX. The vehicle was last seen heading south on SE 87th from Division Street.