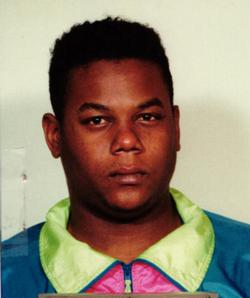 On May 19, 1994, at about 10:13 p.m., Officers responded to 6435 N Gay Avenue, to reports of a shooting in the area. Upon arrival in the area, Officers located the victim, Brian Duane Hill, a 26-year- old, African-American male, who had an apparent gunshot wound. Mr. Hill was transported to a local hospital where he received treatment for his wounds. On June 14, 1994, Mr. Hill eventually died at the hospital due to the injuries he sustained in the shooting.

Witnesses reported seeing a subject running from the area of the shooting shortly after hearing the shots being fired; he was headed westbound on Portland Boulevard. Reports said that the subject was an African-American male, in his twenties, about 6’0” tall, with a slender build. He was wearing dark pants and a dark sweatshirt with the hood up. The subject reportedly ran southbound on Omaha from Portland Boulevard where he got into a vehicle.