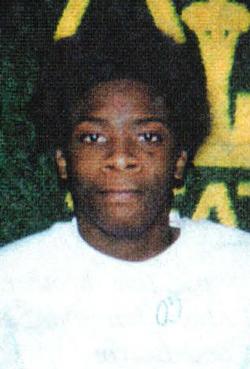 On June 14, 1997, at about 1:42 a.m., Officers responded to the area of NE Alberta Street and NE 23rd Avenue, to reports of a shooting. Upon arrival, they found the victim, Jamil Edward Myrick, a 16-year-old, African-American male, deceased from an apparent gunshot wound.

Witnesses reported seeing multiple vehicles on 23rd Avenue moments before the shooting occurred. One of the vehicles was described as an older white sedan, four-door, that was ragged and dirty heading  northbound on 23rd in a hurry. Another vehicle believed to be in the area was described as a Chevrolet Blazer or a GMC Jimmy, dark blue or black, with tinted windows. Witnesses reported seeing an African-American male sitting in the back seat on the driver-side of this vehicle moments before the shooting. It is believed that the occupants of these vehicles may have information regarding the shooting that occurred that night. The Cold Case Unit would like anyone with information regarding this case to contact them.