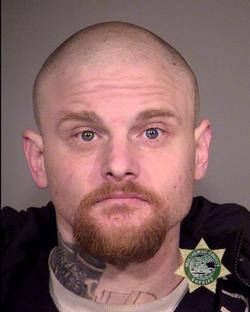 On Tuesday, February 17, 2015, at approximately 6:30 p.m., the Metro Gang Task Force was attempting to apprehend a wanted gang associate, 31-year-old Ryan Matthew Sudlow for an outstanding warrant. Sudlow and a female passenger, drove to the Safeway Fuel Station on Southwest 11th Avenue and Southwest Highland Drive in Gresham where they were stopped by the gang team.

In the course of the stop, Portland Police Officer Charles Asheim fired at Sudlow, but did not strike him. Officer Asheim is a six-year veteran, who is assigned to the PPB Gang Enforcement Team. Sudlow was ultimately taken into custody.

On March 4, 2015, Sudlow was indicted on nine counts, including: attempting to elude police; reckless driving; two counts of criminal mischief; and five counts of recklessly endangering another.

The East County Major Crimes Team investigated the shooting. This case has not been adjudicated at this time.