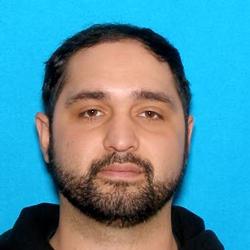 On Monday March 4, 2013, at approximately 10:45 p.m., two Portland Police officers, Officer Brad Kula, a 10-year-veteran, and Officer Michele Boer, a 4-year-veteran, who were assigned to North Precinct encountered an armed man in a parking garage located at Northeast 7th Avenue and Lloyd Boulevard.

The two officers in separate cars had driven up onto the top level of a parking garage located at Northeast 7th Avenue and Lloyd Boulevard. Unexpectedly, the officers were immediately confronted by a man associated with a vehicle. The man was armed with a shotgun and fired multiple shots. Both officers returned fire, striking the suspect and knocking him to the ground.

Neither officer was hit by gunfire during the shooting.

On March 22, 2013, a Multnomah County Grand Jury ruled that the officers were justified in the use of deadly physical force.