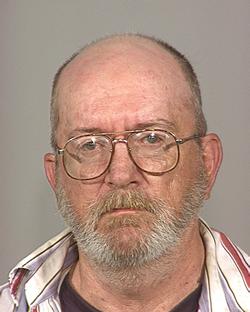 On Sunday, January 2, 2011, at approximately 4 p.m., East Precinct Officers Jason Lile, a 10-year veteran of the Portland Police Bureau and Larry Wingfield, an 18-year veteran, responded to a 9-1-1 call regarding an unwanted male subject who was threatening to kill the complainant and refusing to leave. The complainant, a security officer from a nearby business, showed the responding officers where the person making the threats could be found, which was at a nearby abandoned car wash.

Officers immediately called for medical personnel to respond and when paramedics arrived they determined that the subject was deceased. The subject was later identified as 67-year-old Thomas Manford Higginbotham. Investigators have learned that two days prior to the shooting, the same subject threatened to kill the complainant. Higginbotham had  an extensive arrest record in both Oregon and California and had been incarcerated in California for serious person to person crimes.  It was determined that Higginbotham, who had a history of mental illness, had a blood alcohol level of at .26 percent at the time of the incident.

On January 28, 2011, a Multnomah County Grand Jury ruled that the officers were justified in the use of deadly physical force.