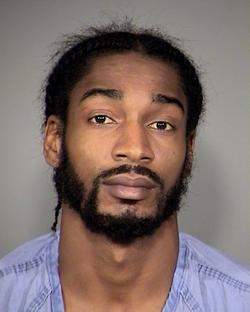 On Saturday, January 1, 2011, at approximately 1:37 a.m., a Portland Police officer broadcast that he was out with a fight at Club 915, located at 915 Southwest 2nd Avenue. Seconds later, the officer reported hearing gunshots being fired and a gunshot victim was found at Southwest 2nd and Taylor.

Upon arrival, Sergeant Mike Fort, a 19-year veteran of the Portland Police Bureau, fired his weapon after witnessing homicide suspect, Kevin Charles Moffett, shoot his gun. The suspect was uninjured and Sergeant Fort followed him as he fled the homicide scene broadcasting Moffett's direction of travel and description. Sergeant Fort, with the help of other officers arriving on-scene, took Moffett into custody. Moffett was not injured in the shooting.

Several hundred people were in the club during this incident.

Medical personnel transported the victim, later identified as 32-year-old Ruben Mata, to an area hospital where he later died from his injuries.  Mata was a bouncer at the club.

In January 2013, Moffett pleaded no contest to Manslaughter in the First Degree and agreed to an 11-year sentence.

The Multnomah County District Attorney did not release Grand Jury transcripts regarding this case.