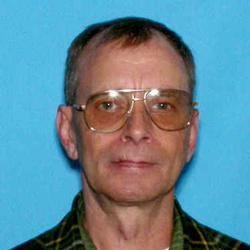 On Sunday March 6, 2011, at approximately 9:15 a.m., Portland Police officers responded to a residence in the 3300 block of Southeast 10th Avenue on the report of a distraught, suicidal 61-year-old man. The caller told the 9-1-1 call taker that her fiancé, Ralph Turner, was yelling that he didn’t want to live, was alone at the location and threatening to hurt himself by taking pills. The caller told 9-1-1 that there were guns stored in the garage and it was unknown if Turner had them in his possession. The caller told 9-1-1 that she was getting all the information secondhand from Turner’s sister.

Central Precinct Officers Andrew Kofoed and Timothy Lowry arrived in the area at approximately 9:17 a.m., along with Sergeant Reed Hunt. Officer Kofoed attempted phone contact with Turner, but did not receive an answer. Based on the information that Turner was talking about taking pills to hurt himself, the officers and sergeant approached the house on foot to contact him.

At approximately 9:22 a.m., Officers Kofoed and Lowry and Sergeant Hunt were outside the front door to Turner’s residence, when Turner fired a single shot from a handgun through the door. The bullet went through Officer Kofoed’s pant leg, but did not strike him. Shrapnel from the door and/or door frame hit Officer Kofoed in the ballistic vest and also struck Sergeant Hunt in the hand.

The officers retreated from the door and immediately began requesting cover officers to respond. None of the initial officers returned fire at the suspect. The Special Emergency Reaction Team (SERT) and Hostage Negotiators were also requested to respond.

At approximately 9:28 a.m., Officer Parik Singh arrived and moved into Brooklyn Park and took a position on the Northwest side of the park behind a tree.

At approximately 9:32 a.m., Officer Sara Fox arrived at the corner of Southeast 10th and Haig and as she exited her car and moved  toward Officer Davonne Zentner, who was across the street from and just North of the suspect residence. The suspect fired several more shots from a rifle at the officers. One of those shots struck the Officer Singh in the abdomen. Officer Singh had taken cover behind a tree. Officer Zentner returned fire.

Officers Adam Barr, Richard Storm and Sara Fox immediately left positions of hard cover and rushed to perform an officer-rescue of the downed officer. They moved Officer Singh to an area behind the Brooklyn Park bathroom to a waiting ambulance for transport to a local hospital. Officer Justin Clary provided cover fire from his AR-15 for the officer rescue and to prevent the suspect from continuing to fire at officers.

At approximately 10:34 a.m., Turner exited the residence and surrendered to officers. Turner was transported to an area hospital for a medical evaluation on an unrelated health issue before being booked into the Multnomah County Jail.

Officer Singh was hospitalized for more than a week after being struck in the lower abdomen, and eventually returned to work.

Sgt. Reed Hunt injured his hand from metal shrapnel from the door Turner shot through.

A Multnomah County Grand Jury ruled that the officers were justified in the use of deadly physical force.

In September 2012, Ralph Turner was sentenced to 35 years in prison.