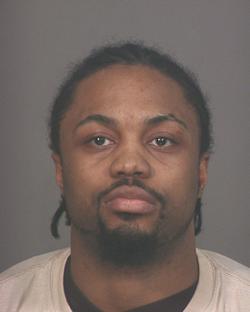 On Friday, January, 29, 2010, at 4:22 p.m., Portland Police Officers responded to a 9-1-1 call regarding a suicidal man who was armed with a gun. The 9-1-1 call told dispatchers that the man was armed, was named Aaron Campbell and he was despondent and suicidal.

Officers made contact in the parking lot with Campbell’s girlfriend.  She told officers that Campbell was inside their apartment with three young children.  The woman told officers Campbell had been despondent over his brother’s death and was threatening suicide.  She stated that she had seen Campbell with a gun and that she had last seen him put the gun in the pocket of his coat.

While talking to officers, the woman continued texting Campbell and a short time later, an officer began communicating with Campbell via text messages.

At 5:33 p.m., the three children came out of the apartment uninjured.  The officers continued trying to communicate with Campbell and at 6:07 p.m., Campbell unexpectedly came out the front door of the apartment with his hands on the back of his head (it was later determined that a crisis negotiator had convinced him to come out, but that was not communicated to all those on-scene).

When Campbell came out, he began moving very quickly backwards and kept his hands behind his neck and then began to lower his hands. Campbell yelled at the officers that they were going to have to shoot him. Officer Ryan Lewton, a 9-year veteran deployed two less lethal beanbag rounds striking Campbell. Campbell began running back toward the apartment.  Officer Lewton deployed four more less lethal beanbag rounds, striking Campbell.

Officer Ron Frashour, an 8-year veteran, fired one AR-15 round, striking Campbell once.  Officer Frashour testified he believed Campbell was reaching for a weapon. Campbell fell down behind a vehicle and officers did not have a full view him.  The Special Emergency Reaction Team (SERT) was activated and medics attempted to provide medical attention to Campbell and then pronounced him deceased. It was determined later, he did not have his gun on his person.

In February, 2010, a Multnomah County Grand Jury voted to not indict Officer Frashour.  However, they released a letter regarding this incident.

In November 2010, Chief Michael Reese released a statement regarding this shooting, stating that the use of force and less lethal force were out of the Bureau’s policy.  The Chief made the following discipline decisions: Officer Ron Frashour was terminated; Officer Ryan Lewton and Sergeants Liani Reyna and John Birkinbine, who were the on-scene incident commanders received 80-hour suspensions.