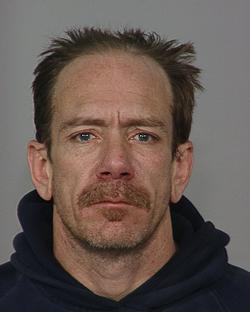 On Friday December 17, 2010, at approximately 2:56 a.m., Portland Police officers, Kelly Jenson and Jonathan Kizzar, both 4-year veterans of the Police Bureau were dispatched to the Ventura Park Apartments, located 12110 East Burnside Street, on the report of threats between two neighbors. The caller, a resident of the complex, reported to police that he went to give out candy in the apartment complex earlier and was now being threatened by a drunk male in another apartment. Officers spoke with a person at the scene who was uncooperative. The officers cleared the call at approximately 3:13 a.m.

Officers arrived and went to the apartment door to make contact with the subject (later identified as the original person they had encountered earlier). Officer Jenson stood to the left of the door. Officers testified that subject opened the door and pointed what looked like a real pistol at his forehead. Officer Jenson ducked to the left, and spun out of the way toward the hallway's wall.

Officer Kizzar, was standing to the right of the apartment door, fired his weapon. None of the rounds struck the subject.

Once he spun out of the way, Jenson saw the shooting and noticed that the man had not dropped his gun out of his right hand. Officer Jenson then fired, striking the subject.

The officers then lost sight of the subject and the Special Emergency Reaction Team (SERT) and the Hostage Negotiation Team (HNT) were activated to assist in safely approaching the suspect.

Officers and sergeants on scene continued to develop a plan to safely approach the subject and render medical aid as well as evacuate other occupants of the apartment, which included two adult females, an adult male and a toddler.

Prior to the tactical team arriving, officers were able to safely approach the subject. Officers and medical personnel determined that the suspect was deceased. He was identified as 45-year-old Darryel Dwayne Ferguson, a resident of the apartment complex.

On December 30, 2010, a Multnomah County Grand Jury found that the officers’ use of deadly physical force was justified.

As part of the use of force review process, the Bureau conducted an internal review of the entire incident and the case went before the Use of Force Review Board, which is comprised of community members, Bureau members and representatives from the Independent Police Review Division.