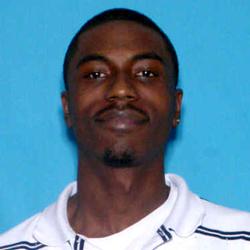 On Wednesday, May 12, 2010, at 6:21 p.m., Portland Police Officers James Defrain and Ryan Foote, both 6-year veterans and assigned to the Hotspot Enforcement Action Team (HEAT), attempted to stop a vehicle in the area of N.E. Grand and Holladay.  The Officers activated their overhead lights, but the vehicle continued without stopping.  The officers used their lights, siren and airhorn in an attempt to stop the vehicle, but the driver did not pull over.  Eventually, the driver pulled the vehicle over to the curb on N.E. 6th Avenue, near Halsey.

The subject leaned over and pulled out a gun out of the glove box and shot Officer Christopher Burley, a 5-year veteran assigned to HEAT twice in the legs. HEAT Officers Cody Berne, a 5-year veteran, Andrew Polas, a 6-year veteran and Jim Defrain returned fire at the subject.  Other Officers grabbed Officer Burley, took him to safety, and transported him to a local hospital. He was released and recovered from his injuries.

In an effort to determine if the suspect was still a threat, a less lethal beanbag impact weapon was deployed.  Officers the immediately formed a team and approached the suspect.  They removed him from the vehicle and the suspect began receiving medical assistance, but was pronounced dead at the scene. The man was identified as 25-year-old Keaton Otis. A 9mm handgun was found in Keaton Otis' Toyota Corolla.

On May 28, 2010, a Multnomah County Grand Jury found that the officers’ use of deadly physical force was justified.