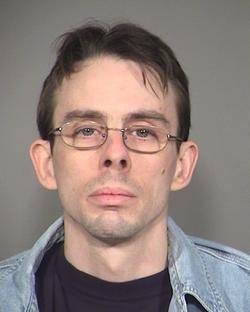 On Monday December 27, 2010, at approximately 5:15 p.m., Portland Police officers were dispatched to a residence in the 3500 block of Southwest Dakota Street on the report of a disturbance. The caller to 9-1-1 stated that her 34-year-old son, Marcus Lagozzino, was outside the house breaking windows, throwing things at the house, and was armed with a machete. The caller reported that she and her husband were hiding inside the house.

Several officers and sergeants arrived and worked to develop a plan to approach the subject safely. As the officers approached the residence, Lagozzino immediately confronted the officers, while still armed with the machete.

Officers gave verbal commands to Lagozzino and deployed a bean bag shotgun as well as a Taser. During the course of the incident, Officer Bradley Clark, a 4-year veteran of the Portland Police Bureau, fired an AR-15 rifle at Lagozzino, striking him.  Lagozzino was taken to a local hospital where he recovered from his injuries. The entire incident occurred within a minute.

On January 7, 2010, a Multnomah County Grand Jury found this shooting to be justified.

The Grand Jury charged the suspect with several counts of assault in the fourth degree, harassment and menacing. In August 2010, he was sentenced to three years probation and supervision through the county's mental health court. No Grand Jury transcripts were released in this case.