Video Prior to Incident 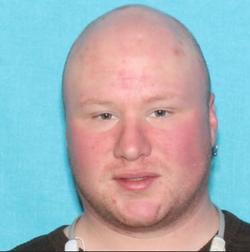 On Wednesday, October 10, 2018, at 9:11 a.m., East Precinct officers responded to the area near the Del Rancho Motel, located at 7622 Southeast 82nd Avenue, on the report of two people fighting. When officers arrived, they learned one of the suspects reportedly involved in the fight was armed with a knife and had attempted to stab another person. As officers investigated the incident, they determined a person matching the suspect's description entered a room at the Del Rancho Motel.

Officers responded to the Del Rancho Motel and learned the suspect was in a room at the motel holding a woman hostage. As officers attempted to contact the suspect, the suspect threatened the life of the woman who was inside the motel room.

Members of the Special Emergency Reaction Team (SERT) and Crisis Negotiation Team (CNT) responded to assist with the incident. At some point during the incident, Officer Kelly VanBlokland, a 24-year-veteran of the Police Bureau, who is assigned to the Training Division and detached member of the Special Emergency Reaction Team (SERT) fired a shot, striking and killing the suspect. The suspect was identified as 30-year-old Samuel E. Rice of Portland. The Oregon State Medical Examiner's Office determined Rice died of a gunshot wound.

Investigators learned the Police Bureau had previously contacted Rice multiple times and prior to the incident, the Police Bureau's Behavioral Health Unit attempted to link Rice and his girlfriend to services. Although Rice had declined the Behavioral Health Unit's assistance, the officers provided Rice's care providers with information about his recent behavior. Officers have transported Rice to area hospitals on multiple occasions in the past for treatment of perceived mental illness.

Once the investigation was complete, it was forwarded to the Multnomah County District Attorney's Office for presentation to the grand jury. On November 30, 2018, a Multnomah County Grand Jury determined that the officer was justified in his use of deadly force shooting death of Samuel Rice.