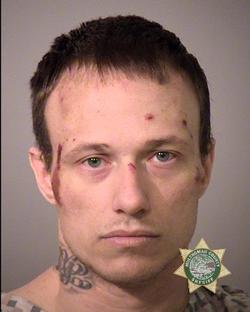 On December 7, 2018, at 5:06 p.m., North Precinct officers responded to a Fred Meyer store (3030 NE Weidler Street) after the report of an armed subject inside the Starbucks located in the store.  The suspect was reportedly behind the counter yelling at employees. A caller to 9-1-1 reported that the employees were hiding in a back room and that the suspect was attempting to get inside. The caller reported that the suspect seemed drunk and no weapons were seen.

As officers arrived in the area, the suspect displayed a firearm, resulting in officers firing shots at the suspect in two different locations -- once inside the Starbucks and once outside the Starbucks. During this investigation, a replica firearm was located by detectives and seized as evidence.

The suspect was struck by officers' gunfire and officers attempted to render medical aid and take him into custody. The suspect struggled with officers, but ultimately was taken into custody and transported by ambulance to Portland hospital for treatment to gunshot wounds. 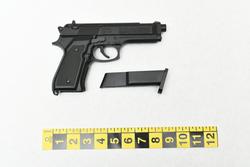 On December 8, 2018, the suspect, 34-year-old Ryan Joseph Beisley, was released from an area hospital and lodged in the Multnomah County Jail on a United States Marshal Hold for a federal warrant.