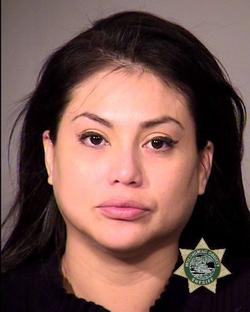 On Wednesday, January 2, 2019, at 11:22 p.m., East Precinct officers responded to a residence at the Stacy Lee Apartments, located at 141 Northeast 147th Avenue, on the report of a domestic disturbance.

There were no reports of any injuries as a result of this incident or the officer firing his service firearm.

The suspect, 34-year-old Anita M. Ruiz, was lodged in the Multnomah County Jail on charges of Menacing and Unlawful Use of a Weapon.

The involved member was identified Officer Onest Robert, a six-year-veteran of the Bureau.

During the investigation, detectives located and seized the knife believed to be possessed by Ruiz as she charged at officers. 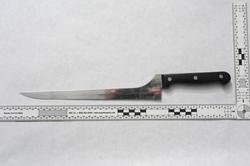 On September 11, 2019, District Attorney Rod Underhill announced Ruiz pleaded guilty to one count of unlawful use of a weapon following a domestic disturbance.