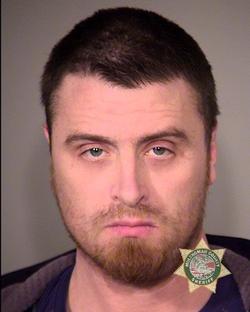 On April 29, 2019, at 4:14 a.m., Portland Police Detectives and the Multnomah County District Attorney's Office were dispatched to a stabbing at a residence at 13136 Southeast Center Street. As officers were arriving, they learned of multiple victims who had been stabbed and the suspect was still inside.

Two stabbing victims were outside of the residence when officers arrived.  Officers then located an adult female victim who was being held at knife point in a bedroom in the residence. An 18-month old child was in the same room with the female victim and the suspect. Officers were able to safely remove the baby, then address the suspect. Sergeant James Mooney and Officer Michael Gonzalez, engaged the suspect and used lethal force during this incident. Officer Aaron Rizzo deployed less lethal force during the incident.

The suspect, 42-year-old Jeb Collin Brock, was pronounced deceased at the scene. The Medical Examiner determined the cause of death was the result of gunshot wounds. The victims (3 males and 1 female) were provided emergency medical care at the scene and transported to a local hospital. It was determined the suspect was known to the victims.

Once the investigation was complete, it was forwarded to the Multnomah County District Attorney's Office for presentation to the grand jury. On June 4, 2019, the Multnomah County District Attorney's Office announced that a Grand Jury determined that the officers were justified in his use of deadly force shooting death of Jeb Brock.