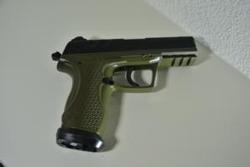 On Sunday, June 28, 2020, at 2:24 p.m., a premise check call at a vacant residence was generated in the 7900 hundred block of Southeast 6th Avenue. Central Precinct Officers responded to the scene.

When officers were checking the residence, a subject, later identified as 25-year-old Gray Tristan Stockton, was encountered and one officer, a seven-year veteran, fired his handgun. The officers retreated to a position of safety and called for additional resources, including medical to respond.

There was information to believe the involved subject was armed, so the Special Emergency Reaction Team and the Crisis Negotiation Team were requested. The Explosive Disposal Unit (EDU) also responded. A shelter in place order was put into place for the safety of those in the surrounding neighborhood. 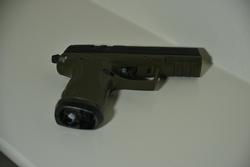 None of the officers on scene sustained injury. Charges are pending at this time.