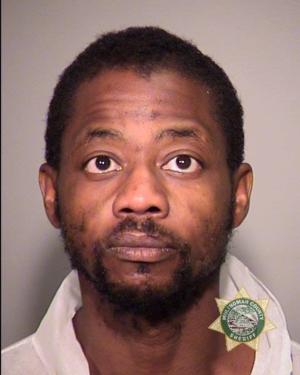 The suspect arrested during a stabbing investigation on Thursday evening in Old Town/ Chinatown that seriously injured on man has been identified as 37-year-old Mark A. Lockhart Jr. Lockhart was lodged at the Multnomah County Jail on a Parole Violation.

This investigation is on-going and additional charges are possible.

On Thursday, September 20, 2018, 8:41 p.m., Central Precinct officers responded to the report of a stabbing in the 200 block of Northwest Couch Street.

As officers responded to the scene they also located the stabbing suspect near Northwest 3rd Avenue and Northwest Couch Street. The suspect was taken into custody without incident. Officers located and seized a knife believed to have been used in this stabbing. The knife was in the suspect's possession when it was seized by officers.

Based on preliminary information there was not believed to have been a danger to the community in connection with this stabbing. Officers believe the victim and suspect were known to one another.

This investigation is in its early stages and there is no additional information to provide this evening.

The identity of the suspect will be provided after which time he is lodged at the Multnomah County Jail.