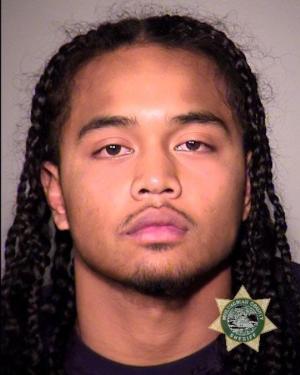 During this contact by police, the group became aggressive and hostile towards officers, resulting in an officer deploying pepper spray towards an aggressive individual. The suspect then punched an officer in the face and ran from the area, but was taken into custody without incident approximately one block away.

The officer was treated and released from a Portland hospital with non-life-threatening facial injuries.

The suspect, 20-year-old Asasioeth Reity Epenrosa, was booked into the Multnomah County Jail on numerous charges, including Assaulting a Public Safety Officer.