On May 1, 2019, at 7:29 p.m., the Bureau of Emergency Communications (BOEC) dispatch received a call in the area of Northeast 8th Avenue and Northeast Couch Street that about 30 people were getting ready to march and some had helmets and someone had a baton. At 7:36 p.m., there was an update that there was a fight and someone was saying they had a gun, but no gun was seen.

One minute after the report of the fight, the Portland Police Bureau's airplane unit was on scene, monitoring, and providing updates to patrol. The Police Bureau was back to normal operations after May Day events had finished hours earlier. Central Precinct Officers responded and had officers staged and waiting for cover four minutes after the fight call.

As officers were waiting for cover, updates continued to come in with reports of people throwing sticks, rocks, glass, and the deployment of pepper spray. Bats were also reported to be in the crowd and members of the crowd were reported to be in "riot gear."

Supervisors called for additional units city-wide to respond to this tumultuous scene. A hasty team was created in the event of an immediate life safety incident where the officers were prepared to go in and save someone if their life was in imminent danger. Officers continued to monitor and receive updates while they waited for appropriate resources to respond. They observed that both groups had opportunities to disengage and leave, but appeared to be actively engaging in the violent behavior against each other.

When the appropriate resources arrived, officers went in as a team and the groups had separated. Officers contacted both groups and asked if there were victims or witnesses who wanted to report crimes and both groups declined.

It is important for the public to understand that it takes time for police response to spontaneous fights between groups of individuals who are armed and actively engaging in violence. Additionally, officers are trained to use sound tactics and utilize appropriate resources to engage in violent crowd situations for the safety of themselves and the public. It is different if there is an event that is planned and on-going and police are nearby and can insert themselves quickly to quell a disturbance.

When resources have to respond from across the city, it takes time and it also delays emergency response to other calls for service. Additionally, there is a time delay from the time a call taker speaks to callers on the phone at the dispatch center, the call taker transfers the information to a dispatcher, the dispatcher relays the information to the officer, and then the officer responds.

The Portland Police Bureau is actively investigating this incident.The Police Bureau continues to ask persons who believe they were victims of crimes which require investigation to contact the non emergency number at (503) 823-3333 to report those crimes.

The Portland Police Bureau continues to follow up on the disturbance from May 1st, 2019, near Northeast 8th Avenue and Northeast Couch Street. At this time, no victims of assault have made reports to the police. The Police Bureau is asking persons who believe they were victims of crimes which require investigation to contact the non emergency number at (503) 823-3333 to report those crimes.

On Wednesday, May 1, 2019, at 7:29 p.m., Central and North Precinct Officers responded to a disturbance in the area of Northeast 8th Avenue and Northeast Couch Street. It was reported that an estimated 60 people were involved in a fight and someone may have deployed mace.

Police response city-wide was put on priority calls only so officers could respond to this incident from throughout the City. Information came in that a subject was unconscious in the area, but officers did not locate that person in the area they were reported to be and no further updates were provided.

As officers arrived, the two groups had separated. Officers contacted both groups and no one self-identified as a victim or wanted to make a police report. Officers are aware there may be video of the event, and are interested in that video footage.

This is an open investigation and follow-up is planned to identify if crimes were committed and if arrests are appropriate. The Portland Police Bureau will review video and images of today's event in an attempt to identify people who were involved in criminal activity. 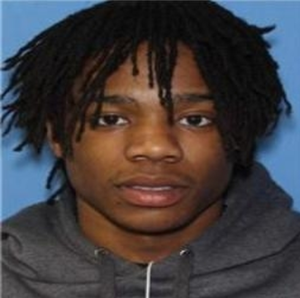