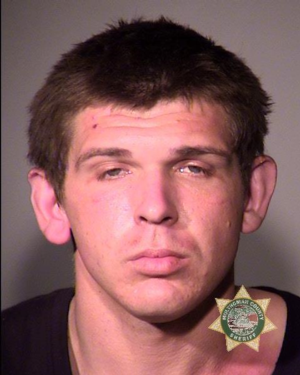 On Sunday, May 12th, at 11:06 p.m., Central Precinct officers responded to the Hosford-Abernethy neighborhood on a disturbance call involving a hatchet. Neighbors had called 911 to report a suspect attacking a pedestrian with the weapon. Officers arrived on scene and located the victim. The victim was suffering from minor injuries not needing medical attention.