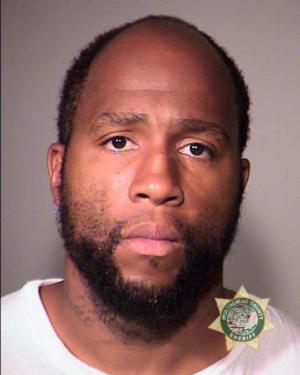 On Sunday, June 14, 2019, North Precinct Officers, in collaboration with the Traffic Division and Air Support Unit, conducted a speed racing mission. This mission was focused on those who gather and participate in reckless and dangerous driving behavior. Officers conducted 28 vehicle stops, issued 22 citations, towed one vehicle for community caretaking, and made two arrests during the mission.

At one point during the mission, officers learned of a vehicle involved in reckless driving in the area of Swan Island that crashed into a parked car and nearly hit several pedestrians. Officers arrived in the area and people started to flee. The driver of the involved vehicle fled the area and was not apprehended. A video of this incident can be viewed at the following link: https://youtu.be/YlG8UJaMz1s

Police are releasing video related to this incident in an attempt to identify the involved driver. If you have information about who may have been driving the vehicle in a reckless and dangerous manner, contact North Precinct at (503) 823-5700.

Officers tried to stop another vehicle leaving the area, but the vehicle fled. The vehicle was located and officers arrested the driver, who was identified as Raymond L. Grant.

Raymond L. Grant, a 34 year-old male, was arrested and charged with Attempt to Elude a Police Officer, Reckless Endangering Another Person and Reckless Driving. (PHOTO)

Another subject was arrested on an outstanding reckless driving warrant.

The Portland Police Bureau reminds the public that careless and reckless driving put all of us at risk and is unacceptable behavior. PPB continues to work with the District Attorney's office on these and other speed racing related cases to hold people accountable for behavior that is criminal in nature.

If you see individuals or groups engaged in dangerous driving behavior, please call emergency dispatch at 911 for any emergency related matter or the non-emergency number at (503) 823-3333 for non-emergency information for the police.