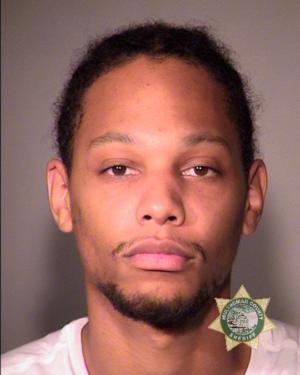 Portland Police Officers arrested a suspect after he shot a victim's car tire during a domestic violence incident in the Centennial Neighborhood. Arrested was Henry F. Edwards Jr, 28 (photo).

On Sunday, September 15, 2019 at 2:36 p.m., East Precinct Officers responded to a report of a disturbance involving a male and female in the 3700 block Southeast 166th Place. As they responded they also learned that witnesses heard a sound of a gunshot. When officers arrived, witnesses pointed out a suspect vehicle leaving the scene. Officers stopped the vehicle and arrested the driver, Edwards.

During the investigation, officers determined that during an argument, Edwards fired a gun at the tire of the victim's vehicle, flattening it. They also learned he strangled the victim.