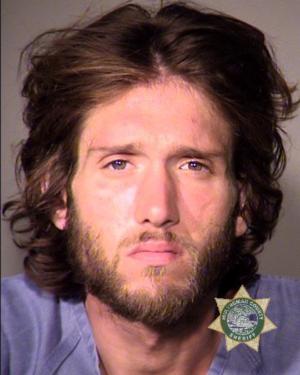 On Saturday, September 14, 2019, at 6:38 p.m., Central Precinct officers responded to an injury accident call near the 3100 block of Southeast Holgate Boulevard. Officers arrived and determined this incident involved a possible vehicle theft. The suspect crashed the vehicle and fled on foot.

The Tactical Operations Division Air Support Unit provided assistance and located the suspect on a rooftop of a carport in the area. Officers located and arrested the suspect. He was identified as 30 year-old Justin Jeffries.

Jeffries was booked into the Multnomah County Detention Center on an Assault 2 charge. Detectives are working with the District Attorney's Office on other charges to consider.
If anyone has information or video of this incident, please contact Assault Detective Chris Traynor at (503) 823-0451 or at Christopher.traynor@portlandoregon.gov