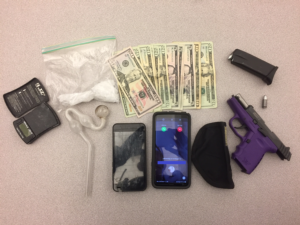 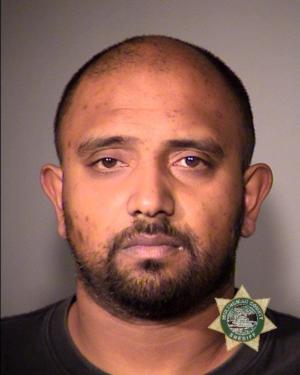 A man was arrested on gun and drug charges after a traffic stop by members of the Gun Violence Reduction Team (GVRT).

On Friday, November 15, 2019 at about 5:30p.m., two officers with GVRT conducted a traffic stop in the 10300 block of North Vancouver Way. During the stop, the officers found the driver had an illegally possessed 9mm semi-automatic handgun under his seat. The driver was arrested and a search of the car revealed over 51 grams of methamphetamine (photo).