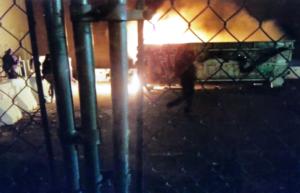 The below individuals were booked into the Multnomah County Detention Center from the demonstration that began the evening of June 4, 2020 and continued into the morning of June 5, 2020:

On June 4, 2020, at about 6:00 p.m., two organized groups of demonstrators gathered in the city of Portland. One group gathered in Pioneer Courthouse Square in Downtown Portland and the other gathered at Revolution Hall in Southeast Portland.

At about 9:00 p.m., several demonstrators moved to Southwest 3rd Avenue and Southwest Main Street. For several hours the event stayed mostly peaceful. There was occasional shaking of the fence and people trying to climb the fence. Water bottles, full beer cans, eggs, apples, and other projectiles were thrown at officers. When admonished to stop the criminal activity, stopped. At one point, there was a report of a subject who fell out of a tree. There was also a report of a fight near the elk statue; one subject was transported to an area hospital for treatment.

At about 1:30 a.m., there was a group of agitators who moved to the area of Southwest 3rd Avenue and Southwest Salmon Street. This group set multiple fires, including igniting the contents of a dumpster (Photo). Construction barriers were being tossed into the fire in the dumpster. They were blocking the street with their vehicles, engaging in speed racing activities in close proximity to onlookers, drinking alcohol, and lighting fireworks.
The group then started throwing glass bottles, fireworks, and other projectiles at officers. One officer was hit with a firework, but was not injured. A civil disturbance and an unlawful assembly were declared. The group was admonished to leave the area and warned that if they did not leave they would be subject to arrest and or force, including crowd control munitions.

While officers were dispersing the group, several vehicles were driving recklessly and endangering the pedestrians who were still in the street. Pedestrians appeared to be nearly stuck by vehicles on several occasions. The vehicles were driving the wrong way on a one-way street, and speeding up to 55 miles per hour in the downtown area. Some drivers were operating with their lights off. Officers were able to intervene and safely stop three vehicles; the drivers were arrested, and the vehicles were towed.

While officers were continuing to disperse the crowd, PPB's sound truck became a target of the group's aggression. Lasers were being directed at the driver of the sound truck while he was trying to drive, which was dangerous. Rocks and glass bottles were also thrown at the sound truck. The operators of the sound truck used a Long Range Acoustic Device (LRAD) on two different occasions to defend themselves from these criminal and dangerous acts. The primary use of the LRAD is a communication tool; the use of sound frequencies is a tool which can be used in immediate safety situations.

From about 1:30 a.m. until about 3:30 a.m., twelve arrests were made and three vehicles were towed. One vehicle was disabled with spike strips. Shortly after, the remaining group dispersed and peace was restored to the Downtown area.

"For another night, thousands of peaceful demonstrators were able to demonstrate, march, and express their first amendments rights in a safe manner. We thank them once again for managing a successful event," said Chief Jami Resch. "Several hundred others remained downtown after the primary group left. This group engaged in criminal activities despite repeated warnings to stop. Officers did a fantastic job of safely and effectively stopping several involved vehicles and occupants and effecting arrests. We will continue to facilitate free speech and assembly and focus efforts on arresting those who engage in criminal activity that reduces our public safety." 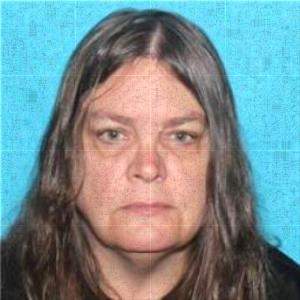 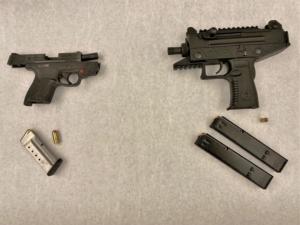