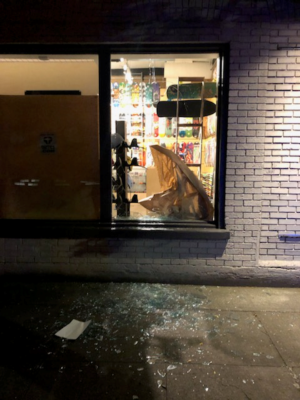 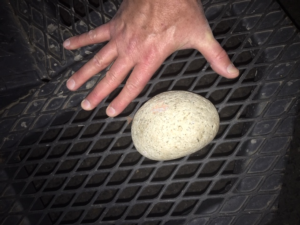 10 adults were arrested related to demonstrations that occurred June 15-16, 2020.

On Monday June 15, 2020 there were several demonstrations throughout the city in different parts of town. Earlier in the day the larger fence surrounding the Justice Center was removed. A smaller security fence was left in place on the Multnomah County Sheriff's Office side of the Justice Center.

A group of several hundreds gathered at Revolution Hall and marched downtown to Pioneer Square where they rallied for several hours. The group concluded the demonstration and some left the area and several hundred walked to the Justice Center.

At Southwest 3 Avenue and Southwest Main Street a group of several hundred gathered behind the fenced area near the Justice Center. Some of the group threw projectiles over the fence including water bottles; lasers were pointed at officer's eyes; projectiles were slung at high speeds via sling shot like devices. Multiple warning were given via sound truck and social media to stop this criminal behavior.

At about 10:40 p.m., a crowd gathered near a fire that was lit near a building in the 800 block of Southwest 3rd Avenue. Officers responded to the area to provide security for the Portland Fire & Rescue personnel who responded to put out the fire. Projectiles including glass bottles were thrown at officers in the area. The firefighters extinguished the fire and the scene was cleared.

Due to the unsafe criminal activity, a civil disturbance was declared just after 11 p.m. and the crowd was advised to leave the area or be subject to arrest of use of force. The area of Southwest Naito Parkway to Broadway Boulevard and Southwest Lincoln to Harvey Milk Streets were closed. The majority of the crowd remained in the immediate area and officers arrived to disperse them. Projectiles, including glass bottles were thrown at the officers. Crowd control munitions were used and the crowd began leaving to the West.

During the dispersal, a Deputy was injured when a rock was thrown from behind, which struck the Deputy in the head (PHOTO). The Deputy was transported by ambulance to an area hospital for treatment.

At about 11:43 p.m., a business in the 900 block of Northwest Davis Street had a window smashed and items were stolen (PHOTO). Officers located and arrested some of the subjects involved in this burglary.

The crowd continued to march through the streets throughout the residential neighborhood in the Pearl District. Graffiti was reportedly being applied to walls and buildings in the area.
The marchers came back into the downtown area and more arrests were made.

10 arrests were made over the course of the evening, including several arrests for assaults or attempted assaults on Police Officers. Information on arrests is still being compiled and an updated release will be published when this information becomes available.

No CS gas was used by Portland Police Bureau members during this event.