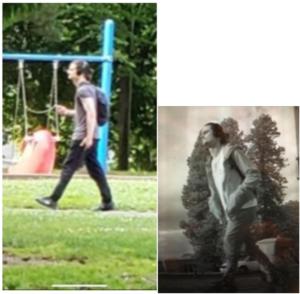 The Portland Police Bureau's Child Abuse Team is requesting information regarding a male suspect who has allegedly sexually abused two children in public.

If anyone has information regarding the identity of this suspect, they are requested to contact Detective Steve Gandy at (503)-823-0185 or Stephen.Gandy@portlandoregon.gov Anyone seeing this suspect should call 911.