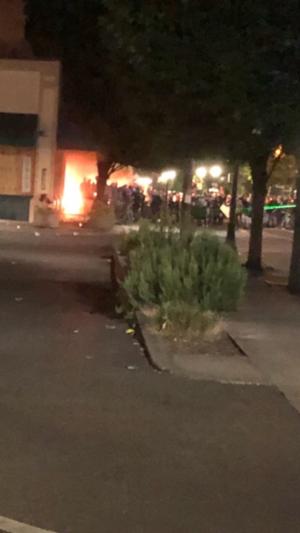 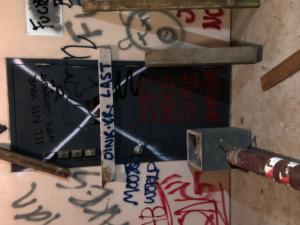 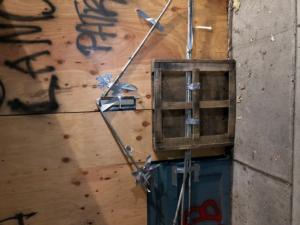 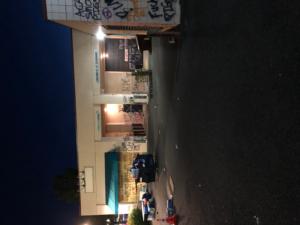 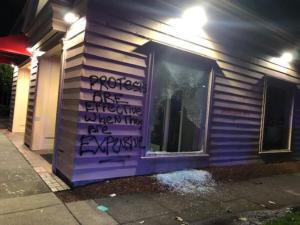 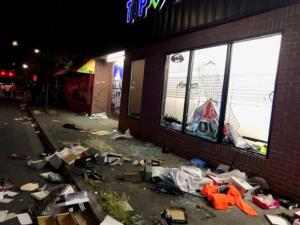 The below individuals were booked into the Multnomah County Detention Center from the demonstrations that began the evening of June 25, 2020 and continued into the morning of June 26, 2020:

Early in the evening, a large group gathered at Fernhill Park and eventually marched towards North Precinct.

By 11:00 p.m., demonstrators began moving dumpsters and other large barriers around North Precinct. Some demonstrators began ramming the dumpsters into large garage doors located on the west side of the North Precinct in an attempt to breach the building. Demonstrators were not successful at breeching the doors so they turned their attention to barricading exit doors so officers inside the building, as well as people in custody, could not get out (photo).

By 12:00 a.m., a demonstrator in the crowd outside North Precinct began yelling over a bullhorn that they were "going to burn the building down". Several demonstrators in the crowd were wearing masks and yielding shields. Fireworks were thrown at Officers over the barricade they had built on Northeast Emerson Street.

Around 1:00 a.m., there were still several hundred demonstrators in the crowd surrounding North Precinct. Due to life safety issues, the sound truck made an admonishment stating an unlawful assembly had been declared, instructing the crowd they needed to leave the area immediately or they could be subject to use of force or arrest.

At approximately 1:21 a.m., officers began dispersing the crowd in an effort to move them from the immediate area. While performing this lawful action, demonstrators fought with officers. Furthermore, demonstrators shot officers with paintball rounds, causing officers not to be able to see out of their face shields. Around 1:40 a.m., a mortar was launched on to the roof of North Precinct. During this time, crowd control munitions were deployed.

By 2:14 a.m., demonstrators had set the north side of North Precinct on fire. To protect the life and safety of police personnel and community members inside the precinct, CS gas was used to disperse the crowd. Several demonstrators picked up the canisters of CS gas and threw it at the police.

Around 2:56 a.m., demonstrators began looting and setting fire to businesses in the area. Several business windows were broken and fires were set to property. By 3:30 a.m., a majority of the crowd had dispersed.

Numerous officers sustained minor injuries. One officer was taken to the hospital for a more serious injury. All officers are expected to make a full recovery.

4 arrests were made over the course of the evening, including arrests for assaults or attempted assaults on Police Officers. Information on arrests is still being compiled and an updated release will be published when this information becomes available.

The dynamics of the demonstrators during this incident were more aggressive and violent than those seen in past weeks.