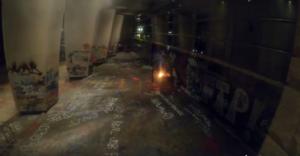 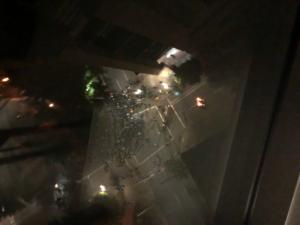 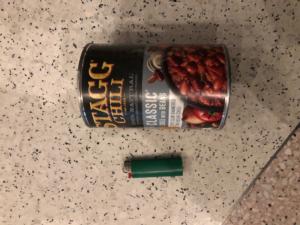 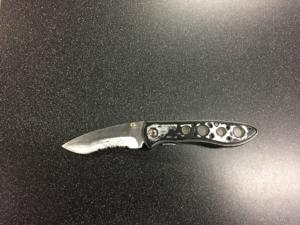 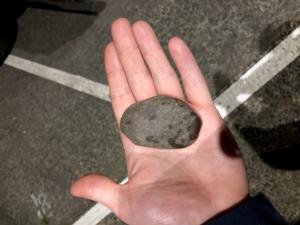 The below individuals were booked into the Multnomah County Detention Center from the demonstration that began the evening of July 2, 2020 and continued into the morning of July 3, 2020:

A group of a couple hundred demonstrators gathered near the Justice Center on July 2, 2020. The group blocked the streets, chanting and speaking for several hours. Several demonstrators shot off commercial grade fireworks during the speeches. The tenor of the group shifted when demonstrators broke in to the north side doors of the Justice Center located on Southwest Main Street. Soon after, the group moved back to Southwest 3rd Avenue and broke glass doors on the Federal Court House building.

Around 11:42 p.m., Federal officers inside the courthouse came outside to protect the integrity of their building. While federal officers were outside, demonstrators began launching projectiles at the officers with sling shots. These projectiles included large rocks, full cans, and bottles. Demonstrators also threw lit commercial grade fireworks, which landed inside the broken glass doors of the federal courthouse. Simultaneously, demonstrators began setting a fire nearby on Southwest Main Street.

The sound truck made an admonishment telling demonstrators that they must cease the criminal activity of throwing projectiles and fireworks. Demonstrators were also warned if they did not cease the illegal actions and back away from the building, they would be subject to use of force, to include crowd control munitions. Even though the demonstrators were given several warnings by the sound truck, their criminal actions continued.

Officers began dispersing the crowd in an effort to move them from the immediate area. During this lawful action, the demonstrators were very hostile and violent towards officers. An open pocket knife was thrown at an officer, coming within inches from striking them. Demonstrators continued to throw large rocks and full cans, as well as shot off commercial grade fireworks towards officers. During this time, several arrests were made. Once demonstrators were at Southwest 6th Avenue and Southwest Main Street, officers disengaged the crowd.

Because of this immediate life safety issue, officers once again began to disperse the crowd. As they dispersed the crowd, demonstrators continued to throw rocks, cans, and commercial grade fireworks and mortars towards officers. Because of the violent nature of the demonstrators while officers cleared the area, crowd control munitions were used and several arrests were made. As officers began to disengage the crowd at Southwest Main Street and Southwest Broadway Avenue, commercial grade fireworks were once again thrown at officers.

Several demonstrators trickled back in to the Lownsdale and Chapman Park but eventually dispersed over the next several hours.

No CS gas was used by Portland Police Bureau officers during this event.

Information on arrests is still being compiled and an updated release will be published when this information becomes available.