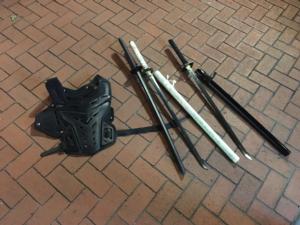 In the evening hours of Friday, July 16, 2020, a group of a couple hundred people gathered outside the Justice Center in Downtown Portland. For several hours, the group blocked traffic on Southwest 3rd Avenue at Southwest Main Street. While several members of the group peacefully rallied, several others began pulling down the fence around Chapman and Lownsdale Squares.

At 12:32 a.m., the group began shooting commercial grade fireworks and smoke bombs towards the Justice Center near the barricaded doors on the south side of the building. During this time, the group was also using the fence to block traffic on Southwest Madison Street. Portland Police gave announcements from the sound truck to stop barricading the doors but people continued to do it.

At 1:33 a.m., an unlawful assembly was declared due to the threat of life safety to people including those inside of the Justice Center and Federal buildings. An area around the Justice Center was closed. The group was given time to leave the closed area, and told which direction to leave.

At 2:10 a.m., several hundred people returned to the closed area. Once again, officers dispersed the crowd to the west, taking several more arrests. During the arrests, weapons and shields were taken from members in the group.

The remaining groups dissipated in the following hours.

No CS gas was used by the Portland Police Bureau.

Updates on arrest information was not available at the publication of this release. It will be updated when that information becomes available.