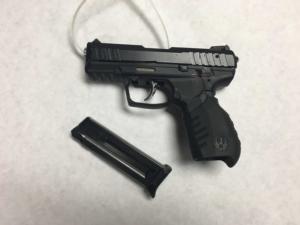 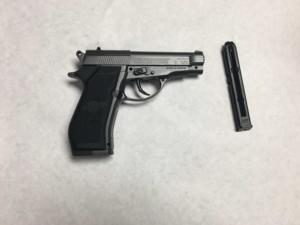 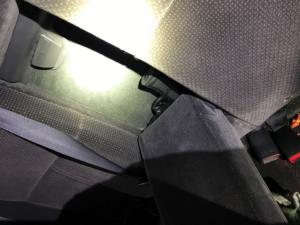 On July 29, 2020 at 11:27 p.m., the Portland Police Bureau received a call from a person who was attending the protest downtown, who saw a male waving a handgun around and taking pictures. According to the witness, the male was with other people and they all were reported to be associated to a silver or grey vehicle and gave an associated plate number.

PPB officers were dispatched at 12:26 a.m. to Southwest 5 Avenue and Southwest Yamhill Street for an adult male who was being assaulted by a group of young suspects. Officers received information that one suspect in the group went back to the earlier reported vehicle and retrieved a handgun. The suspect came back to the where the victim was being assaulted and pointed the handgun at the victim. The suspect then began to try and rack the handgun several times before stopping and running back to the reported vehicle. Several other suspects got into the vehicle before the vehicle left the area.

Officers received additional information that the reported vehicle circled the block and stopped again on Southwest 4 Avenue and Southwest Morrison Street. It was reported that the suspects exited the vehicle and began to assault another adult male, who tried to protect himself using his bicycle. The victim was able to retreat to safety.

Suspects left the scene in the reported vehicle and were located by police. Officers stopped the vehicle on Westbound I-84. Six individuals that were in the car were detained and transported for questioning.

A black pellet gun and .22 caliber pistol were located in the vehicle.

The victim of the first assault was transported to the hospital with non-life-threatening injuries. It was later determined that the victim had a broken rib.

The friend of the victim, who uses a wheelchair, left the area and was not interviewed.

The second assault victim was not located.

Two juveniles were referred to Juvenile services for the offense of Assault III. One of those juveniles had an additional offense of Unlawful Possession of a Weapon and also had an outstanding warrant.

Anyone who may have witnessed the assault or may have been a victim during this incident is asked to call Portland Police Detectives at (503) 823-0400, reference case 20-236710.