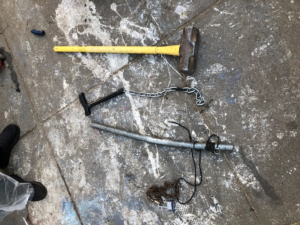 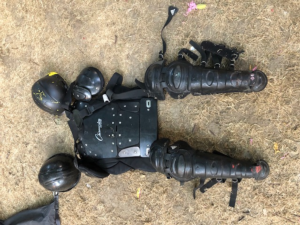 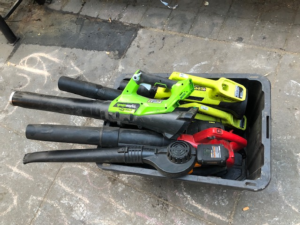 On July 29, 2020, a crowd of several hundred people gathered along SW 3rd Avenue mostly concentrated outside the Mark O. Hatfield U.S. Courthouse. People blocked vehicular traffic in the area for several hours. During this time, people in the crowd made speeches, yelled, chanted, and banged on the fence surrounding the Mark O. Hatfield U.S. Courthouse.

As the night progressed, the group that remained in the street continued to gather primarily outside the Mark O. Hatfield U.S. Courthouse. They wore gas masks and helmets, and carried signs, hockey sticks, lacrosse sticks, umbrellas, leaf blowers, and fireworks. People outside the Courthouse threw rocks, bottles, gas canisters and other objects towards the building.

The crowd began being dispersed at about 11:52 p.m. By about 2:30 a.m. the remaining people wandered around the blocks adjacent to Lownsdale Square Park, and slowly left the area.

Between 11:30 p.m and 12:30 a.m., PPB Officers responded to several reports of subjects with a firearm threatening and assaulting various individuals (Refer to other press release).

In the morning, PPB notified those in Chatman and Lownsdale Squares they needed to exit the park and provided 10 minutes to do so. There was already a park closure in effect. Everyone in the areas left and no arrests were made. Officers secured the area so clean-up and maintenance could occur. Officers provided repeated warnings to stay out of the street, but some continued to go into the roadway.

While officers were providing security for the parks, two subjects were arrested:

Several concerning items were located in the park, including weapons such as a pipe, chain with a lock, and a sledgehammer. Other items seized included leaf blowers, helmets, body armor, and shield. There were shocking amounts of refuse in the parks as well.