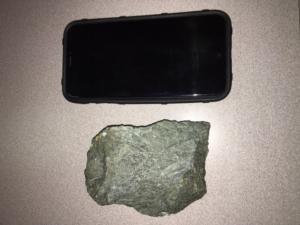 A mass gathering blocked East Burnside Street for several hours. People associated with the gathering threw projectiles towards the Penumbra Kelly Building and officers. Some targeted arrests were made and support vehicles used to block vehicular traffic were cited/and or towed.

On September 3, 2020, a group began by gathering at Laurelhurst Park located at Southeast Cesar E. Chavez Boulevard and Southeast Stark Street. About 9:22 p.m., a march began in the street to the area of the Penumbra Kelly Building located in the 4700 block of East Burnside Street. As the group marched in the street, several group members were seen wearing helmets, gas masks, and carrying shields. Support vehicles also traveled with the group as they moved towards the Kelly Building. As the group arrived at the Kelly Building, East Burnside Street was blocked in both directions and group members stood in the street.

Despite several warnings, the group's criminal actions continued on. At 11:25 p.m., the group was told over loudspeaker to stop throwing projectiles towards the Kelly Building. Failure to adhere to the order may subject them to arrest, citation, or crowd control agents, including, but not limited to, tear gas and/or impact weapons. At 11:58 p.m., targeted arrests were made of subjects who continued to throw rocks towards the building, parked vehicles, and officers.

At 12:25 a.m., a vehicle traveling eastbound on East Burnside Street, drove through the crowd, narrowly missing people in the group. The vehicle was later stopped by officers and cited.

The group was mostly dispersed by 2 a.m.

Portland Police did not use any crowd control munitions or CS gas.