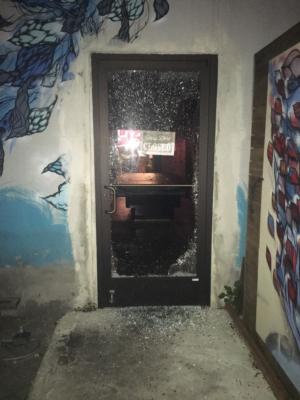 On October 19, 2020, at 3:06 a.m., officers from North Precinct responded to an alarm in the 2300 block of Northeast Alberta St. When officers arrived they heard glass breaking and the sounds of an individual moving around inside. A police K9 arrived and a perimeter around the block was established. A suspect inside the business was taken into custody.