The operator of the motorcycle then entered the vehicle that had been following him and pointed a handgun at officers. He then ordered the female driver out of the driver's seat, and into the front passenger seat before fleeing from the traffic stop in the vehicle. The motorcycle was left behind at the traffic stop and officers learned it was stolen.

It is unknown at this time whether the driver of the vehicle and the operator of the motorcycle are known to one another. Officers are seeking assistance in locating the vehicle, a white Mitsubishi Lancer, Washington license plate BNV0608.

If anyone sees this vehicle they are urged to call 911. If anyone has information regarding this case and they have not already been spoken to by investigators they are asked to call the nonemergency line at (503)-823-3333. 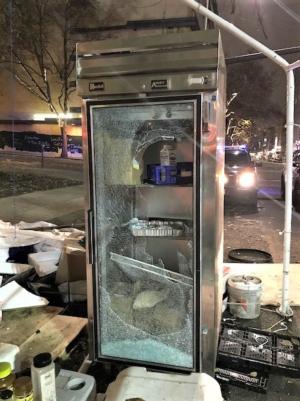