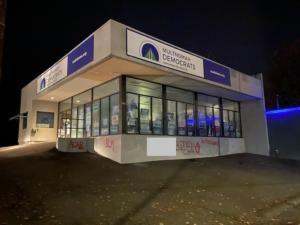 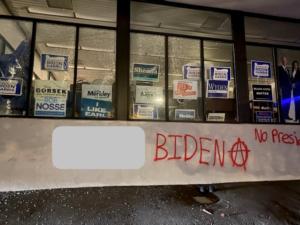 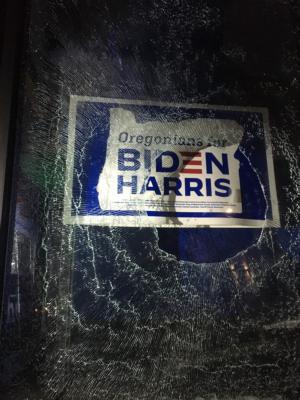 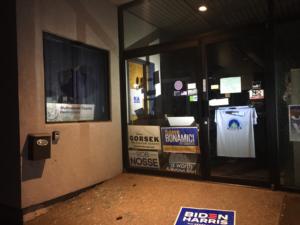 In the evening hours of November 8, 2020, a group of people gathered in Laurelhurst Park located in the 500 block of Southeast Cesar E. Chavez Boulevard. The group left the park and began marching in a northerly direction towards Northeast Sandy Boulevard. Once the group reached Northeast Sandy Boulevard they gathered outside the Multnomah County Democrats building located in the 3500 block.

Several members of the group began to tag the Multnomah County Democrats building with graffiti and broke out several of the building's windows. After engaging in criminal activity, the group quickly left the location and headed back southbound towards Laurelhurst Park. As the group fled from the location, Portland Police arrived on scene and made targeted arrests of subjects who had engaged in criminal activity. The remainder of the group dispersed into the neighborhood.