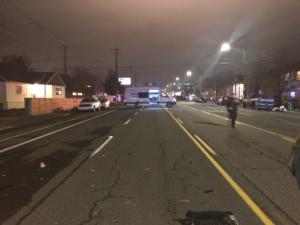 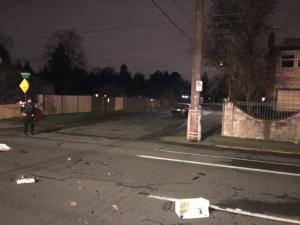 The driver who struck a pedestrian in the Powellhurst-Gilbert Neighborhood has been charged with DUII.

Preliminary investigation revealed that the driver, Scott A. Gay, 31, of Portland, was driving a 2002 Honda Accord southbound on Southeast 122nd Avenue when his car struck Catherine M. Randolph, 51, of Portland. Randolph was crossing the street westbound outside of a crosswalk north of Southeast Tibbetts Street. Shortly before the crash, another car had to swerve to avoid striking Randolph.

A PPB Traffic Division Drug Recognition Expert evaluated Gay and determined that he was impaired. Gay was cited for Driving Under the Influence of Intoxicants.

Randolph's family was notified of her death.

The New Year's Eve crash is the last 2020 traffic-related fatality in the city of Portland. There were 58 fatalities and 53 Major Crash Team Callouts for the year.

A pedestrian was killed after being struck by a car in the Powellhurst-Gilbert Neighborhood.

On Thursday, December 31, 2020 at 7:36p.m., East Precinct officers were dispatched to a report of a crash at Southeast 122nd Avenue and Southeast Tibbetts Street. When officers and paramedics arrived, they located an unconscious person. Paramedics attempted lifesaving measures, but the subject was deceased. Preliminary information is that a car struck the deceased person. The driver of the car remained on scene.

During the investigation, Southeast 122nd Avenue was closed between Southeast Powell Boulevard and Southeast Woodward Place. The road has since reopened.

More information will be released when investigators learn more.