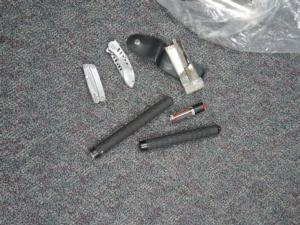 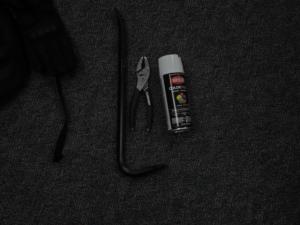 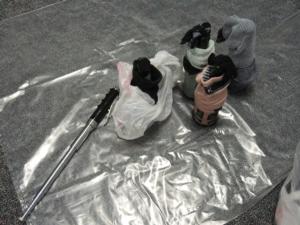 On January 20, 2021, Portland Police Officers went to the area of southeast Portland in the area near Southeast Stark Street and Southeast 14th Avenue. Recently, a group has been advertising a gathering at Revolution Hall which discouraged live streaming or "peace police." Similar rhetoric on fliers in the months preceding led to events that were punctuated by violence and destruction.

At about 2:45 p.m., a few officers on bicycles rode onto a parking lot on the south side of Revolution Hall. Dozens of people pressed in on the officers and then took one of the officers' bicycles. Other officers came to assist. Within a few minutes, police recovered the bicycle and tried to leave the property to the south. Many in the crowd began blocking or stopping officers as they attempted to leave. Some officers had to push people away with their hands so they could leave.

More officers responded to ensure the safe departure of officers on bicycles. Police recovered some long poles and a large knife from people in the crowd. As officers left the parking lot they dropped one smoke canister between themselves and the crowd of people to ensure they could safely ride away.

Following this, the crowd of about 150 began walking west on Southeast Stark, blocking streets as they moved. Portland Police made announcements from a loud speaker, including: "Officers have observed people in the area of Revolution Hall take an officers bicycle and throw objects at retreating officers. Everyone at Revolution Hall is reminded to obey all laws. Roadways in the area remain open to vehicular traffic and no permit for use of area roadways have been approved. Pedestrians and demonstrators must obey all traffic laws and utilize sidewalks. Failure to obey this direction may result in citation or arrest."

The crowd made its way to Southeast Grand Avenue near Southeast Everett Street where it blocked traffic. The crowd walked to the 200 Block of Northeast 9th Avenue, where people broke out windows and applied graffiti on the offices of the Democratic Party of Oregon. People moved dumpsters in the street and lit the contents of one on fire.

The crowd broke up as it moved east into the neighborhood. Police identified specific people in the crowd who were responsible for crimes and began arresting them throughout the neighborhood. Officers created small perimeters around the scenes of arrests in order to discourage others in the crowd from interfering with arrests.

As police made targeted arrests, the crowd filtered east and south back toward Revolution Hall in smaller and smaller groups. By about 4:30 p.m. peace had been restored to the neighborhood.

The following is a list of people who were arrested, their city of residence, and the crimes for which they were booked into jail: