Demonstration Leads to One Arrest for Damaging Property Downtown (Photo) 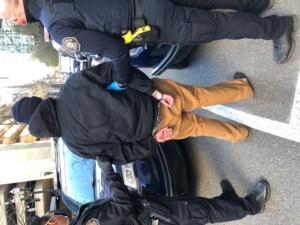 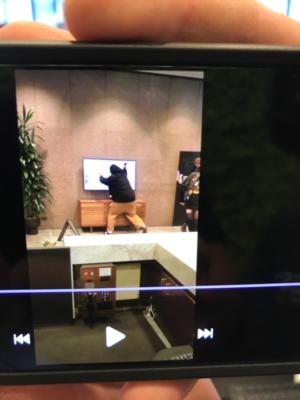 A demonstration led to some property damage and one arrest in Downtown Portland.

On Thursday, March 11, 2021 at about 2:24p.m., Central Precinct officers were dispatched to a report of a group of trespassers in the lobby of an office building in the 1300 block of Southwest 5th Avenue. Officers arrived and found about 30 people refusing to leave, some smoking inside, some with pets. The situation escalated when people began damaging property, including a television (photo) and the front doors to the building.

Officers later located a suspect on the steps of the Federal Courthouse, 1000 SW 3rd Avenue, where they arrested him. He resisted the arrest, and an officer was punched in the face.

Darby M. Howard, 22, was arrested (photo) for Criminal Mischief in the First Degree and Resisting Arrest.