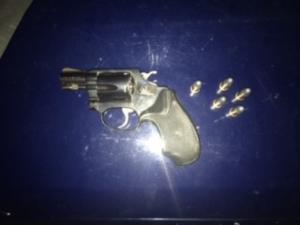 On April 19, 2021 at about 8:48 p.m., Portland Police were dispatched to a residence in the 600 block of Northeast 101st Avenue, regarding the report of a complainant being threatened by a person known to them and who is known to carry a pistol, which had been displayed in a threatening manner in recent days.

Officers booked Mr. Salinas-Rojas in jail for two counts of Felon in Possession of a Firearm, one count each of Menacing ? Domestic Violence and Unlawful Possession of a Loaded Firearm in Public.
###PPB###