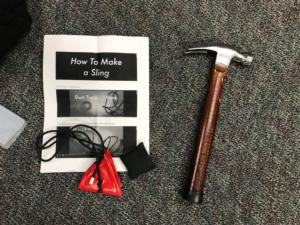 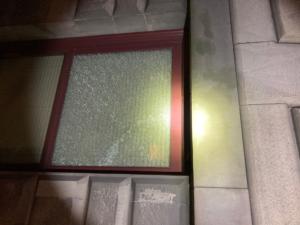 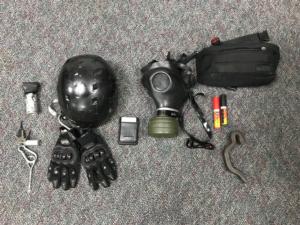 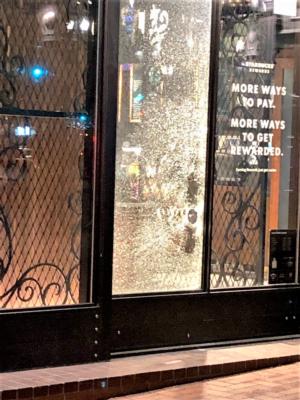 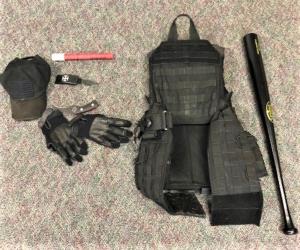 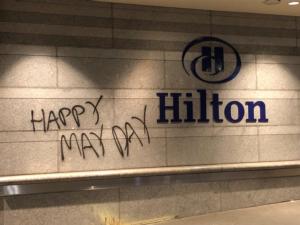 Portland Police Officers from Central Precinct conducted follow up after criminal activity in downtown Portland on May 1, 2021.

Police are not always able to make arrests immediately after a crime is committed, but will continue to follow up on information developed by tips or other evidence to hold suspects accountable.

###PPB###
***This version corrects the charges and the number of arrests***

On May 1, 2021, several gatherings happened throughout the City. Some of the gatherings were lawful and peaceful and required little or no police intervention, but one devolved into a riot.

Demonstration Liaison Officers made proactive contact with individuals and groups in order to facilitate safe events. While they were in the area of Southwest 4th Avenue and Southwest Columbia Street, they intervened in an altercation where one of the subjects was arrested and a baseball bat was seized. There is some video of part of this incident circulating online but it does not capture the entire event or the portion when the crimes were committed.

Several items were seized including a baseball bat, body armor, a knife and a flare. 26-year-old Michael Isaacs of Portland was charged with Menacing and Disorderly Conduct II.

A vehicle caravan of about 30 cars drove near the Justice Center, then to the ICE facility. A group of about 50 people blocked traffic on South Moody Avenue and South Bancroft Street.

The afternoon events dispersed without police intervention. PPB appreciates those who engaged in peaceful and lawful gatherings.

Between 9 and 10 p.m., one group of about 30 individuals gathered near the ICE facility. Another group of about 80-100 people gathered in Shemanski Park. Both of these events had been promoted as "autonomous demonstrations" similar to prior events where participants engaged in criminal behavior including arson, assault, vandalism and theft.

There were a number of shields brought to Shemanski Park which was another indicator those within the group intended to engage in criminal acts. The group marched to City Hall and began engaging in vandalism by breaking windows and spray painting the building. Due to the criminal activity, the gathering was declared an unlawful assembly and the crowd was ordered by loudspeaker to disperse.

Multiple windows were broken and a riot was declared due to the criminal activity that was occurring. The crowd was given direction to disperse to the west. Rather than disperse, the group marched in the streets. More individuals continued to break windows of businesses. Several members of the crowd used umbrellas in an attempt to block police from viewing criminal acts.

The group rampaging downtown began to disperse. PPB continued to display a presence in the area and make focused arrests of those engaged in criminal acts.

The group near ICE began to grow in numbers to between 50 and 60 around 11:30 p.m. As officers were making a focused arrest, a male subject in the crowd was trying to push through the officer?s line. He reached into his pocket and pulled a butterfly-type knife on officers from about six feet away. Officers used munitions and the male backed up, then walked away. Officers on bicycles located the suspect and he ran from them for about two blocks. Officers arrested him and as they were making the arrest, he still had the knife in his hand. No officers were injured.

PPB made focused arrests of individuals engaged in criminal acts including:

Quang Ngyen, 20 years-old, of Kent, Washington was charged with Criminal Mischief I and Disorderly Conduct II. A hammer and sling shot, along with instructions on how to make a sling shot, were seized.

Krystopher Donnelly, 27 years-old, of Portland, was arrested on a warrant for Riot, Criminal Mischief I, and Resist Arrest.

Jeremiah Day, 22, of Portland, was arrested for Menacing officers with a butterfly knife.

Darren Stephens, 36 years-old, of Portland, was arrested for a warrant for Criminal Mischief II.

"We appreciate those who engaged in their First Amendment rights this afternoon in a peaceful manner. Once again, under the cover of darkness, several dozen people decided to damage and destroy multiple businesses in our downtown area resulting in a riot," Chief Chuck Lovell said. "The situation became extremely dangerous when a man brandished a knife at officers when officers were simply doing their job. The officers appear to have exercised restraint and professionalism and safely apprehended this suspect. I am proud of all of our employees who worked to minimize further damage and arrest some of the criminals involved."