Arrest Made in Murder Case from November 2019 (Photo)

A suspect is under arrest related to a murder case from November 2, 2019.

Since the homicide, when 48-year-old Thomas R. Osborn (photo) was shot and killed while seated in his vehicle on Northeast Broadway at Northeast 19th Avenue, Portland Police Homicide Detectives have been pursuing the case. During their investigation, they were able to identify the suspect, Tyreik D. Credit, 24.

PPB Homicide Detectives obtained an arrest warrant for Credit. Today, June 18th, 2021, the U.S. Marshal?s Fugitive Task Force located and arrested Credit in Eugene, Oregon. Credit was booked into the Lane County jail on charges of Murder in the Second Degree with a firearm, Felon in Possession of a Firearm, and Tampering with a Witness. Credit will ultimately be transported to Multnomah County and arraigned on the aforementioned charges.

Anyone with information about this case is encouraged to contact Detective William Winters at william.winters@portlandoregon.gov or (503)823-0466.

The victim in Saturday morning's homicide is being identified as 48-year-old Thomas Osborn of Portland. The Multnomah County Medical Examiner has completed an autopsy and determined the manner and cause of death to be homicide by gunshot. To protect the integrity of the investigation, no further details are being released at this time.

Osborn's family has been notified and they provided the attached photograph for public release. They have requested privacy and are not granting media interviews at this time.

Homicide detectives continue their work investigating this case, including examining evidence, speaking with witnesses, and pursuing leads. If anyone has information about this homicide and not been contacted by investigators, please reach out to Detective William Winters at 503-823-0466 or William.Winters@portlandoregon.gov .


The victim of the shooting in the Irvington Neighborhood from this morning has died. Detectives from the Homicide Detail are primary investigators. The circumstances of the shooting are not being released at this time to protect the integrity of the investigation.

The identity of the victim will be released after the Medical Examiner has confirmed it and notified next of kin.

Detectives still want to hear from any witnesses or persons with knowledge about this incident. If you have any information please contact the lead investigator Detective William Winters at 503-823-0466 or William.Winters@portlandoregon.gov .

On Saturday, November 2, 2019 at 2:16 a.m., North Precinct officers responded to the area of Northeast Broadway and Northeast 21st Avenue in the Irvington Neighborhood on reports that shots were fired in the area. When officers arrived they found an adult male victim with serious injuries.

The suspect or suspects left the area before police arrived.

Officers have secured the crime scene and detectives are responding to assist in the investigation. Northeast Broadway is closed to all traffic between Northeast 17th Avenue and Northeast 21st Avenue.

The PIO is not responding to the scene. An update will be provided if appropriate to the investigation. 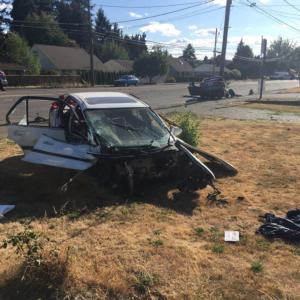 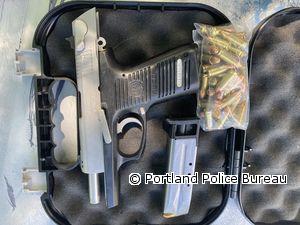 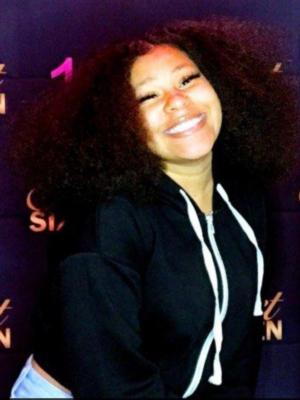