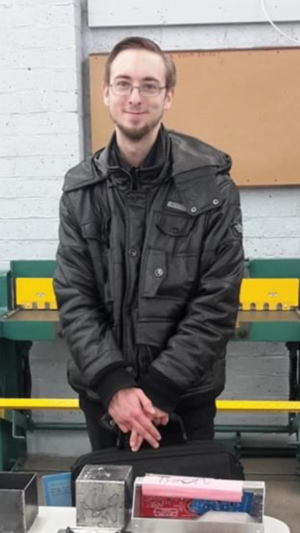 The person killed in Thursday's stabbing has been identified as Tyson L. Morlock, 27. Morlock?s family has been notified of his death and provided the attached photos for release.

The Oregon State Medical Examiner conducted an autopsy and determine Morlock died from a stab wound and ruled the death a homicide.

The person who stabbed Morlock remained at the scene and was interviewed by homicide detectives. This person has not been charged at this time and we are not releasing his name. PPB Homicide Detectives are working with the Multnomah County District Attorney?s Office.

A person stabbed in the Hosford-Abernethy Neighborhood has died at the hospital and a homicide investigation is underway.

On Thursday, July 1, 2021 at 3:37a.m., Central Precinct officers were dispatched to a report of a stabbing Southeast Division Street and Southeast Martin Luther King Junior Boulevard.

When officers arrived they located an adult male patient, rendering aid and securing the scene for paramedics. The patient was transported by ambulance to a hospital where, despite lifesaving efforts, he died. His identity and cause of death will be released after an autopsy by the Oregon State Medical Examiner's Office.

Another involved person, an adult male, remained on scene is and is cooperating with investigators. No suspects are being sought and no arrests have been made.