UPDATE #4: Fire Victims Identities Released, Request for Information About Cause of Fire (Photo) 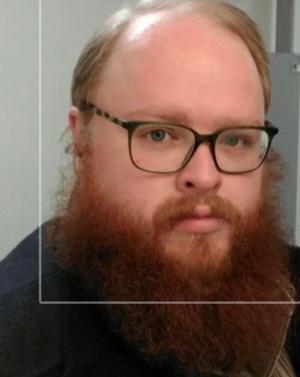 The Oregon State Medical Examiner has identified the two men killed in Sunday's apartment fire on Northeast Weidler Street as Robert William Gremillion, 31, and Seth Robert Thompson, 31. Their families have been notified of their deaths. Additionally, a 25-year-old woman is in the hospital with critical injuries suffered during the fire. Their families are not interested in granting media interviews at this time.

The investigation in the cause of the fire continues. Fire investigators believe that there are people with critical information who have not come forward. If anyone has information they're asked to e-mail Detective Meredith Hopper at Meredith.hopper@portlandoregon.gov.

Alternatively, anonymous tips can be sent through Crime Stoppers. Crime Stoppers of Oregon offers cash rewards of up to $2,500 cash for information, reported to Crime Stoppers, that leads to an arrest in any unsolved felony crime and tipsters can remain anonymous.

Portland Police Detective Division arson investigators have identified people seen in photos in the area of the July 4, 2021 apartment fire in northeast Portland. Investigators no longer need tips regarding their identity.

The investigation of the fire continues.

Anyone with information about the fire may contact Detective Meredith Hopper at Meredith.Hopper@portlandoregon.gov.

Portland Police Detective Division arson investigators have released photographs of people seen in the area of a July 4, 2021 apartment fire in which two people died. The people shown in the pictures may have information useful to the investigation.

Anyone who can identify any of these people is asked to call Detective Meredith Hopper 503-793-9271 or Meredith.Hopper@portlandoregon.gov.


Portland Police Bureau (PPB) and Portland Fire and Rescue (PF&R) investigators have confirmed two people have died and four injured in a large apartment fire overnight, and arson investigators are asking for help from the public to determine the cause of the fire.

On Sunday, July 4, 2021 at 3:30a.m., PPB officers from North Precinct were dispatched to assist PF&R on a structure fire in the 2200 block of Northeast Weidler Street. Officers closed streets and helped create an area for firefighters to work and extinguish the flames. See PF&R press release for additional information.

After the fire scene was stabilized, fire crews worked to locate residents. Not all have been accounted for. Investigators are asking that anyone who lives there or was known to be there last night and has not given their information to a police officer or firefighter to please call 503-823-INFO (4636).

So far two deceased people have been found. Their identities are not being released at this time.

Additionally, investigators from PPB and PF&R are working collaboratively to determine the cause of the fire. That work continues, and no cause has been determined. However, there are reports that fireworks were heard in the area shortly before the fire. Investigators are asking for any information from the public that might help them learn more about what happened. If anyone saw anything suspicious, has photos or video of the fire, or any other relevant information, please call 503-823-INFO or e-mail Detective Meredith Hopper at Meredith.Hopper@portlandoregon.gov.