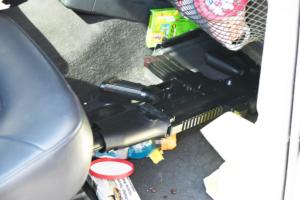 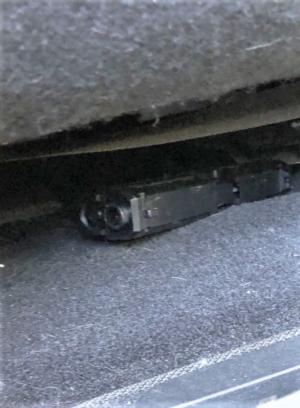 Four suspects were taken in custody after a series of early morning armed robberies, a traffic pursuit, and a neighborhood search with the Special Emergency Reaction Team (SERT).

On Sunday, July 18, 2021 at 5:00a.m., East Precinct officers were dispatched to a report of an armed robbery at a convenience store in the 10300 block of Southeast Holgate Boulevard. About 5 minutes later another armed robbery at a convenience store at 11000 block of Southeast Foster Road. Officers learned that the suspects were armed with handguns and drove off in a vehicle.

An officer found a vehicle matching the description in the area of Southeast Foster Road and Southeast 140th Avenue and attempted to stop it. The vehicle's driver failed to stop, driving away at a high rate of speed. Officers pursued the vehicle until the occupants stopped the car and ran off into the neighborhood near Northeast 162nd Avenue and Northeast Halsey Street. Officers set up a perimeter around the neighborhood. A gun was recovered from the car (photo). The gun is believed to be an airsoft rifle.

Due to the information that the suspects were armed, the incident commander requested SERT to respond. The neighborhood residents were asked to shelter in place.

At 6:53a.m., a perimeter officer spotted some occupants of a vehicle that matched the suspects' descriptions. Officers stopped the vehicle near Northeast 162nd Avenue and Northeast Stanton Street. Four suspects were taken into custody and detained for further investigation. It was determined that the suspects were in a rideshare vehicle. The rideshare driver was cooperative with the investigation. A handgun was recovered from under a seat of the rideshare vehicle (photo). The gun was an airsoft-style gun.

Officers did not locate a fifth suspect believed to have run from the car that was pursued. At about 10:00a.m., the search was completed, the perimeter cleared, and the shelter in place order lifted.

Robbery Detectives are investigating. They connected two of the occupants to six armed robberies, all involving convenience stores this morning: