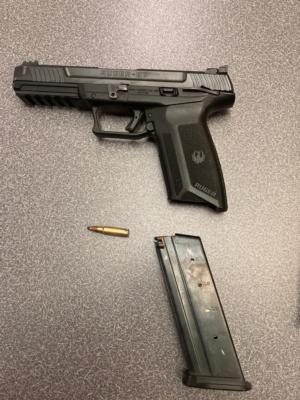 Three people are recovering from gunfire related injuries after a shooting inside and outside of a busy restaurant in the Pearl District Neighborhood.

On Saturday, September 4, 2021, at 1:19p.m., Central Precinct officers were dispatched to a report of a shooting at Northwest 10th Avenue and Northwest Davis Street. When they arrived, they did not locate any victims but found evidence of gunfire and a significant number of people in the area. It took a significant number of officers to secure the crime scene. Crews from the Portland Bureau of Transportation assisted officers with traffic control.

Officers soon after learned that three people had arrived at local hospitals with gunshot wounds. One adult female and 2 juvenile (teenage) males were treated for injuries that are non-life threatening. Officers confirmed the injured were connected to the Pearl District shooting.

The Enhanced Community Safety Team responded to the scene. Preliminary investigation indicates that a verbal argument led to a physical fight between a group of known people inside the restaurant. Shots were fired and the group moved outside the restaurant where more shots were fired. Investigators have confirmed the three people injured were a part of the prior confrontation and there's no indication any bystanders were struck.

One adult male was detained for the investigation and a gun (photo) was seized as evidence. No charges have been filed at this point.

Detectives believe that several people left the scene without waiting to speak to police. If anyone has information about this case, they're asked to contact crimetips@portlandoregon.gov attention: ECST and reference case number 21-246384. More information will be released when appropriate.

Photo Description: Black pistol, loaded magazine, and round of ammunition