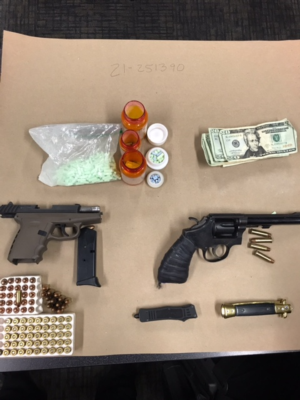 On September 9, 2021 at about 9:15 a.m. Portland Police officers assigned to the Neighborhood Response Team were working in Old Town when a person waved them down to tell them about a man nearby possibly dealing drugs and armed with a firearm. The officers followed up on this tip and saw 38-year-old Brian Nugent near Northwest 5th Avenue and Northwest Everett Street. Officers recognized Nugent, who they knew was a convicted felon. They could see that Nugent was armed with a firearm and they took him into custody.

Nugent was armed with two handguns and a knife. One of the handguns had been reported stolen. Nugent was also in possession of large number of pills, which officers recovered as evidence.

The Central Precinct Neighborhood Response Team works on problem solving through coordination of community and city resources to solve chronic problems that decrease crime and increase neighborhood vitality. The assist patrol, engage with the community, conduct directed patrol and follow up investigations. 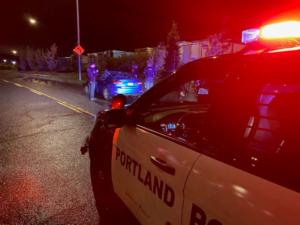