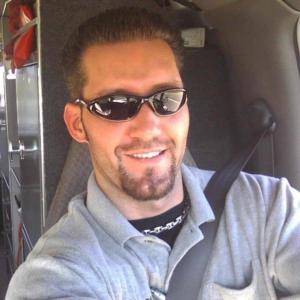 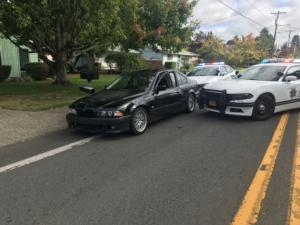 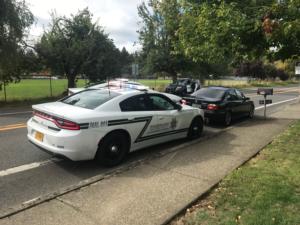 A suspect has been arrested in the murder case of Joshua Newell.

During the investigation, Portland Police Homicide Detectives developed information about a suspect in the murder, Matthew Clement, 42, of Portland and they distributed the information to patrol officers. On Thursday, October 7, 2021, at 11:14 a.m., two East Precinct officers were in the area of Southeast Woodstock Boulevard and Southeast 84th Avenue when they saw Clement driving a black BMW. They initiated a traffic stop, but Clement drove off at a high rate of speed. The officers pursued as the suspect drove onto I-205 southbound. The Clackamas County Sheriff's Office picked up the pursuit and stopped the car near Southeast Clackamas Road and Southeast Bevington Avenue in Clackamas County where Clement was arrested (photos).

Clement was transferred to PPB Homicide Detectives, interviewed, and booked into the Multnomah County Detention Center on charges of Murder in the First Degree, Robbery in the First Degree, Unlawful Use of a Weapon, Felon in Possession of a Firearm, Attempt to Elude, Reckless Driving, and a parole violation.

PPB is grateful for the assistance of the Clackamas County Sheriff's Office.

Photo 1 description: Two Clackamas County vehicles stopped behind a black BMW with a PPB officer nearby
Photo 2: Another angle of the stopped BMW with CCSO vehicles

The victim in the homicide on October 1, 2021 in a residence in the 500 block of Southeast 128th Avenue has been identified as 41-year-old Joshua Newell. Newell’s family has been notified of his murder and provided a photo for media release. They are requesting privacy and are not interested in granting media interviews at this time.

The Oregon State Medical Examiner conducted an autopsy and determined Newell died from a gunshot wound and ruled his death a homicide.

A man was found deceased after a shooting in the Mill Park Neighborhood.

On Friday, October 1, 2021 at 6:08a.m., East Precinct officers responded to a report of someone shot at a house in the 500 block of Southeast 128th Avenue. When they arrived they located an adult male deceased from an apparent gunshot wound.

The suspect or suspects left before police were called and no arrests have been made.

During the investigation, Southeast 128th Avenue is closed between Southeast Stark Street and Southeast Morrison Street. The PIO is not responding to the scene. More information will be released when appropriate.